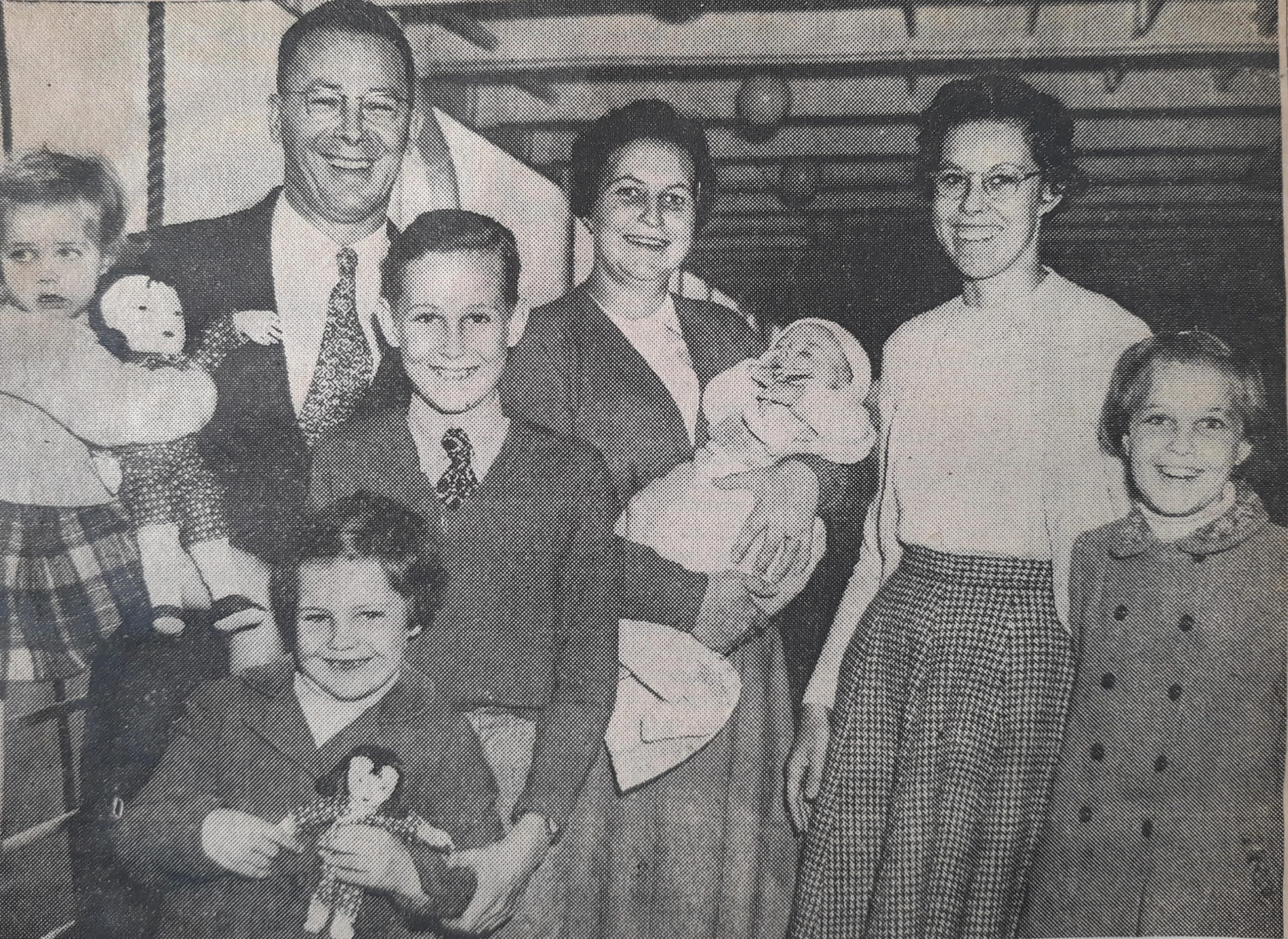 Our parents Dr Harrold and Gwenda Steward had a heart for others and to serve our Lord. Part of Dad’s preparation for mission was standing one night, out under the stars in Papua Guinea in 1942 and receiving a call to go to Asia. The Bible passage that motived Dad was Matthew 25:40 KJB “Truly I tell you, whatever you did for one of the least of these brothers and sisters of mine, you did for me”. Dad wrote, “There was a need and the Lord Jesus wanted me to do something to help people.”

It was at the end of Dad’s medical course in 1952, that he accepted work at the Royal Adelaide Hospital. There he first met his first Asian student Dick Yap. Dick had his appendix taken out and was convalescing, Dad invited him to our Broadview home. Here was a lonely young man in a foreign country with no friends, needing a home. Yet the joy that came to us from this student coming into our home is beyond telling. Dick invited Geoff Liew, and so our Asian friends grew.

When they came, mother made a rice pudding for them, knowing that Asians ate rice. Mother failed to understand why they would not eat it as a sweet dish! Mother admits that her cross-cultural attempts were amateurish.

Our parents realised that students coming to Australia on the Colombo Plan were longing for home life. Dick shared that, “it was your lovely Christian home life and witness that impressed me the most”. He was formerly a Buddhist.

Dad also took them to a Youth for Christ Rally where both found a new life in Christ. Occasionally Dad drove his young family and several students to country churches where the students shared their new faith.

In 1953, others visiting our home included Toh Yeh Gie, Shirley Au-Yong, Jimmy Sin, Stephen, James and a student from Ceylon.  These, with Sun Siregar and Peter Cheng, Robert Oh with other founding members of the Asian Fellowship. They met in the Holy Trinity Church of England and later at Pirie Street Methodist Church Hall.

And then the Steward family went to Java 1954-57. Mother wrote, “our biggest heartbreak was to leave behind the Asian students who had become part of our family”. While in Java, my parents received a letter indicating that the Asian Fellowship had been commenced.

Other students in Adelaide continued to meet on university campus and were active in evangelistic work amongst Australian and Asian students. One student Sun had a burden for Asian students on campus.

In December 1957, a conference was held at Cowes Island Victoria for Asian Christians from Sydney, Melbourne, Brisbane and Adelaide.  Sydney named its group Overseas Christian Fellowship (OCF) and the other states followed.  But Adelaide was first 1955/56 and had named the group Asian Fellowship. Adelaide retained its name till 1967/68 when it officially adopted the change to OCF!

Dad and Mum were instrumental in helping and guiding the Asian Fellowship and later OCF, to grow and develop its ministry to Asian students. They were among the first Australians who opened home and heart to Asian students.

In each state, groups of OCFers met weekly for fellowship and the discussion groups led by the Asian students. They were encouraged to bring their friends to learn from Bible study discussions.

Mother said it right when she wrote these words, “OCF began by God’s direction, ministering directly to Asian brethren. May their hearts be warmed within as He walks with them, opening the Scriptures as with the two on the way to Emmaus. Part of God’s strategy for Asia was the preparation of the children to serve Him, as they studied overseas. We give God the glory for those who prepared in Australia, and now serve Jesus Christ overseas.”

The Steward family home from Indonesia. Back row: Elisabeth, Harrold, Gwenda holding Priscilla, Ruth. Front row: Miriam, John, Judith. The photo was taken on the ship when we returned to Australia from our three years in Java.